Leggi libro The Bread Baker’s Apprentice, 15th Anniversary Edition di Peter Reinhart. WINNER OF THE JAMES BEARD AND IACP AWARD • Learn the art of bread making through techniques and recipes for making pizza dough, challah, bagels, sourdough, and more!   “For the professional as well as the home cook, this book is one of the… 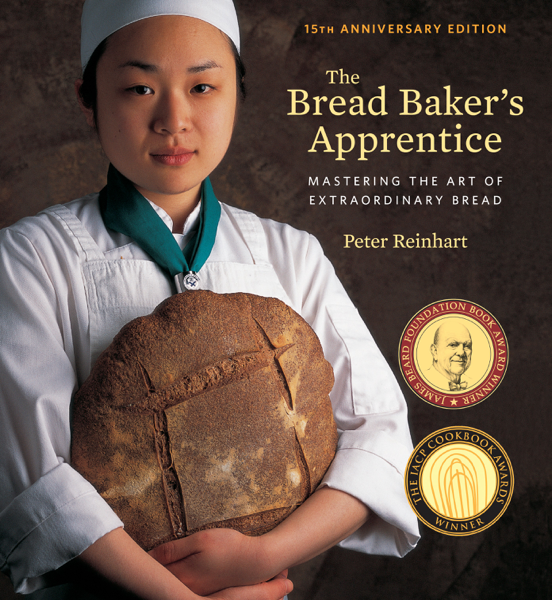 WINNER OF THE JAMES BEARD AND IACP AWARD • Learn the art of bread making through techniques and recipes for making pizza dough, challah, bagels, sourdough, and more!   “For the professional as well as the home cook, this book is one of the essentials for a bread baker’s collection.”—Nancy Silverton, chef and co-owner, Mozza Restaurant Group   Co-founder of the legendary Brother Juniper’s Bakery, author of ten landmark bread books, and distinguished instructor at the world’s largest culinary academy, Peter Reinhart has been a leader in America’s artisanal bread movement for more than thirty years. Never one to be content with yesterday’s baking triumph, however, Peter continues to refine his recipes and techniques in his never-ending quest for extraordinary bread.   In this updated edition of the bestselling The Bread Baker’s Apprentice , Peter shares bread breakthroughs arising from his study in France’s famed boulangeries and the always-enlightening time spent in the culinary college kitchen with his students. Peer over Peter’s shoulder as he learns from Paris’s most esteemed bakers, like Lionel Poilâne and Phillippe Gosselin, whose pain à l’ancienne has revolutionized the art of baguette making. Then stand alongside his students in the kitchen as Peter teaches the classic twelve stages of building bread, his clear instructions accompanied by more than 100 step-by-step photographs.   You’ll put newfound knowledge into practice with fifty master formulas for such classic breads as rustic ciabatta, hearty pain de campagne , old-school New York bagels, and the book’s Holy Grail—Peter’s version of the famed pain à l’ancienne ,  as well as three all-new formulas. En route, Peter distills hard science, advanced techniques, and food history into a remarkably accessible and engaging resource that is as rich and multitextured as the loaves you’ll turn out. In this revised edition, he adds metrics and temperature conversion charts, incorporates comprehensive baker’s percentages into the recipes, and updates methods throughout. This is original food writing at its most captivating, teaching at its most inspired and inspiring—and the rewards are some of the best breads under the sun.